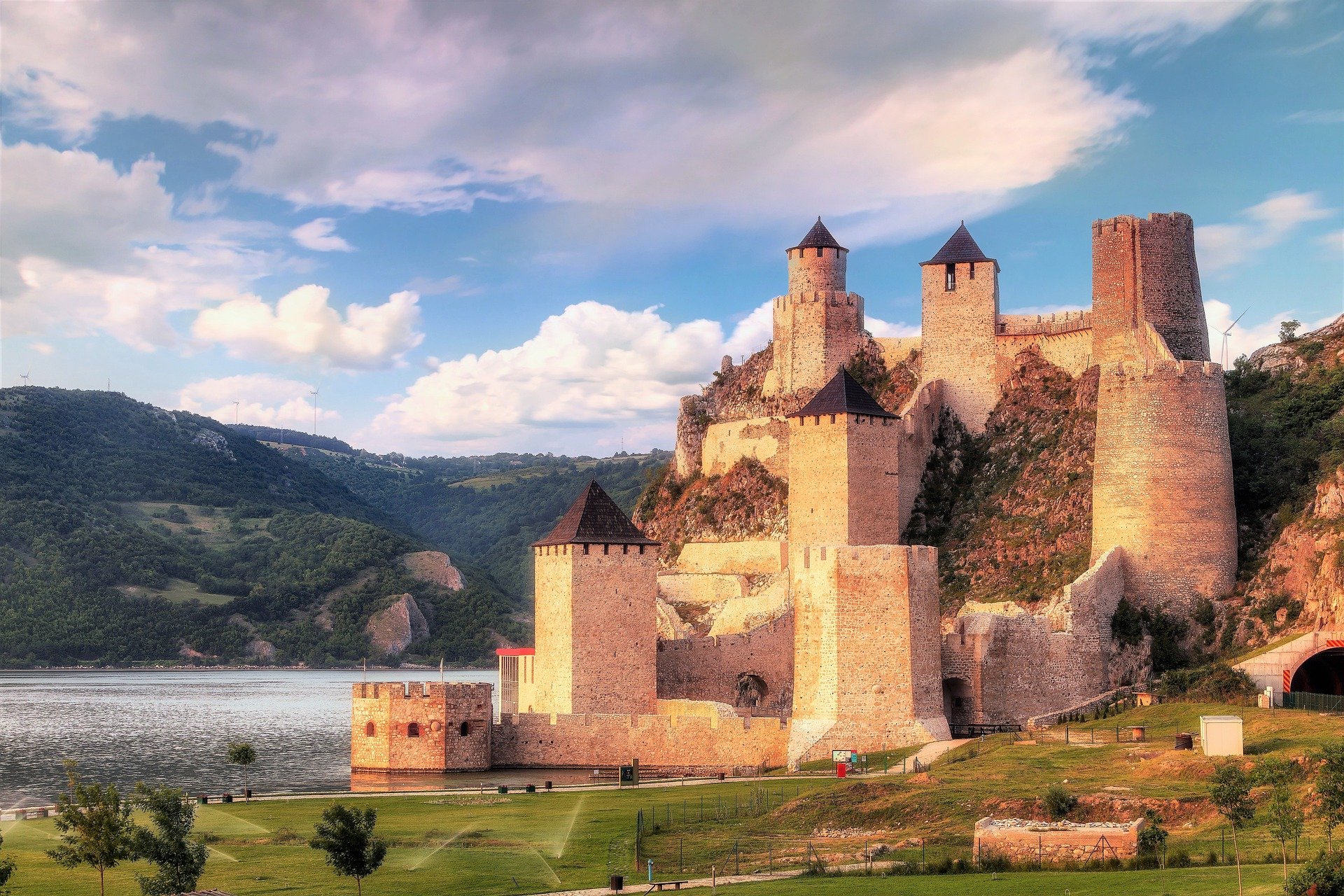 Kalemegdan Park (Serbian: Калемегдански парк / Kalemegdanski park) or simply Kalemegdan (Serbian Cyrillic: Калемегдан), is the largest park and the most important historical monument in Belgrade.[1] It is located on a 125-meter-high (410 ft) cliff, at the junction of the River Sava and the Danube. Its name is formed from the two Turkish words: Kale (meaning “fortress”) and archaic word of Turkish origin megdan (meaning “battlefield”).

Viminacium – a place where Roman emperors were born

If visiting eastern Serbia, the medieval fortress is a tourist location that should be on your must-see list. It is one of the most preserved medieval fortresses in Serbia as it was renovated a few years ago. The walls of Golubac defended the city many times and it is believed that they were built in the early 14th century. The fortress lies on the high cliff, at the entrance to the famous Iron Gate. It is part of Djerdap National Park, which is one of the most famous national parks in Serbia.

Maglič was built in the first half of 13th century, by either Stefan the First-Crowned, or his son Uroš I. It was built to safeguard two important monasteries, Sopoćani and Studenica, as well as prevent any future Mongolian raid deeper into the Serbian lands. In Serbian empire, Maglič was the seat of Archbishop Danilo II, who wrote his famous hagiographies and regiographies residing there. After capturing Smederevo on June 20, 1459, the Ottoman Empire occupied Maglič and held it until its recapture by Serbs during the Great Turkish War. After the defeat of the Serbian uprising the Ottoman Turks retook the fortress, abandoning it soon after. During the Second Serbian Uprising, Voivod Radoslav Jelečanin ambushed a group of Turkish soldiers at Maglič and halted their advance from Novi Pazar.

The Story about Saint Sava

The story about the life and work of the first Serbian cosmopolitan and great educator should be celebrated!

We will probably not be wrong when we say that

Saint Sava is probably the most important figure in the whole history of Serbia.

The Manasija Monastery also known as Resava is a Serbian Orthodox monastery. The monastery is located near Despotovac. It is founded by Despot Stefan Lazarevic, somewhere between 1405 and 1418. The monastery is dedicated to the Holy Trinity. Manasija is one of the most significant monuments of medieval Serbia. Surrounded with massive walls and towers, it was center of Serbian Despotate and the place known for Resava School. During the 15th and 16th centuries Resava School became famous for the manuscripts and translations, even after the fall of the country under the Ottoman Turks reign.